“You realise this is irreversible yes?”

The woman nodded. “Yes.” She said.

“Are you sure you want to go ahead with it?

My services don’t include giving advice, however this situation is somewhat <close to my heart> and I feel the need to ask you if you are sure this is what you really want?”

I have no need to live in two worlds any longer.

For all the time I live in another world, it detracts the time I have in the other.

And we both know already

“Is there anything else?” He asked.

“Something to repair or replace the gap it leaves?

This removal will leave a void unable to be filled

unless I fill it

I need to re-iterate again.

It will be a void.

And there’s a difference.”

The woman nodded in understanding.

“I don’t want it filled.

….it will help me remember.”

The shaman shook his head.

A void is not a memory.

A void is a void.

It’s nothing and yet it is everything.

It is an opening and a closing.

A beginning and an ending.

A darkness and a light.

It is chaos and it is structure.

“It’s none of my business, <again> but I can’t help but ask.

“Are you sure you won’t consider filling it.

There are many things you can choose from….

It’s a great one.

Surely you want this?

It’s not something I would normally suggest….

I don’t want to leave you with a void….

you’ll carry it with you forever….

if I don’t put something in there now, once you leave here you won’t be able to fill it…

And I think you’ll regret it.”

The woman looked at the image the shaman was offering and her heart ached.

She lowered her eyes,

sighed with a heavy heart

and then shook her head.

I appreciate your concern.

But I’ll take the void.”

She handed over the things the shaman had asked her to bring in addition to the two lists and climbed onto the bed.

“Does he know?” asked the shaman and the woman whispered softly.

The decision was mutual.”

The shaman acknowledged what the woman had said, and considered his options.

Would he leave the void or fill it?

He knew she’d have no recollection once she woke.

He felt himself torn between his professional duties, and his personal feelings.

The woman was unconscious and surrounded with the things she had brought for the ritual.

His heart pushed and pulled as he watched the magic work swiftly.

In a split second decision, <without removing his hand on the woman>, he reached as far as he could with the edge of his fingertips and pulled the wooden box close enough to reach into it.

As the last of the relics burned and with not a minute left to spare, he removed the first totem his fingers rested upon and gave it to the woman

Placing it on her heart

This post was first published on Mis-Educated, the substack blog created for my time in The Prosperity Project Master Journey. 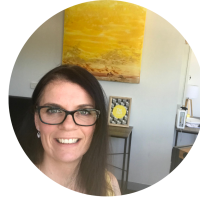 Nina Montgomery is a creative writer.